You may have heard the term “power factor” before in relation to your energy bill or in some other way. But what is a power factor? Well, I will try to give a brief and basic understanding of this principle without getting very technical.

To begin, you first need to understand that there are types of electrical appliances (particularly ones that use “inductive motors”) which are not totally efficient, in that they consume more power than they actually put to use. Here is a basic example just to illustrate the point:

Let’s say you are trying to pull a heavy box along the ground with a rope. If the box weighs 100 lbs, then you need to exert at least 100 lbs of force to pull it in the direction you want it to go. Now, imagine you aren’t using a rope, but a heavy chain that weighs 20 lbs all on its own.

This is basically what power factor is.
If you have a motor in your home (like in a central A/C), it needs electricity. That electricity has to travel from your electric meter, through your home’s wiring, over into the motor. Power is lost on that trip (electricity encounters resistance in the wire and some power is lost). So if a motor requires, let’s just say, 10 units of electricity to operate, your power company can’t supply you with just 10 units, as some of that power will be lost as it travels through the wiring on its way to the motor. Let’s say that loss is 2 units. You need to be supplied with 10 + 2 = 12 units of power to run a motor that only needs 10. So you could show the motor’s efficiency like so: 10/12 or 83% efficiency.

Now what does that have to do with you?
Well, you are billed on how much electricity your home is using in total. That means that you are paying for the electricity that is lost on its way from your meter to the appliance, as well as what the appliance itself is really using. There is a way to correct this.

The Electric Saver 1200™ is designed to correct this problem by collecting this wasted electricity (usually wasted in the form of heat) and feeding it back into your appliances. This corrects the power factor, thus lowering the demand from your power company and giving you a lower monthly electric bill. It can also protect against power surges and even extend the life of your appliances.

We manufacture all units in the U.S.A. and are listed with UL and CuL to ensure a safe and quality product. 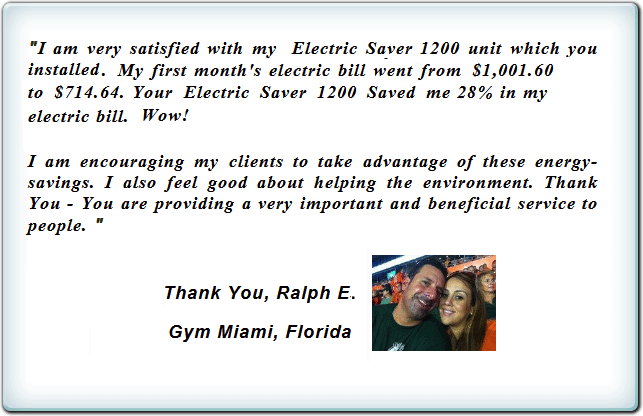 LEARN MORE ABOUT HOW IT W ORKS
Whenever an appliance is turned on, it starts to draw electricity from the power company…

Now that you have learned what power factor is, do something to correct it, and see a savings in your electric bill up to 25%.

Imagine 1 year from today having more savings to spend on you and your loved ones. Imagine being able to take your sweetheart on a surprise weekend getaway.

Stop giving your hard earned dollars to your power company. Let us help you lower your energy costs today. 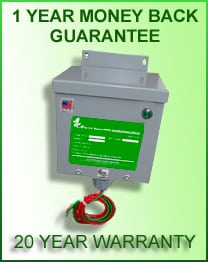 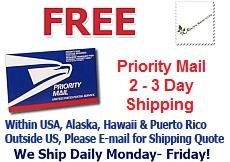